I received my copy of Spectrum 19: The Best in Contemporary Fantastic Art yesterday. It's a big hardcover with 304 pages full of artwork! My pieces can be seen on pages 54 and 82. Vinod's concept art piece is on page 116.


Posted by Emily Fiegenschuh at 9:58 PM No comments: 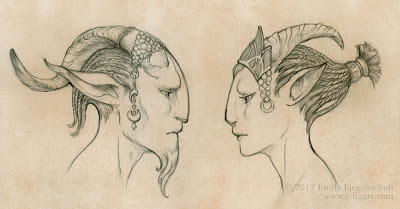 Posted by Emily Fiegenschuh at 2:33 AM No comments: 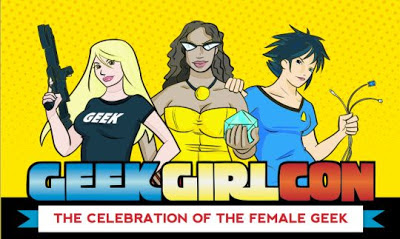 GeekGirlCon immediately preceded Gen Con Indy this year. In my scramble to prepare for Gen Con and finish assignments that had piled up during my absence, I neglected to post about my first GeekGirlCon!

GeekGirlCon is a young convention at only two years old, but it has already developed a unique character. The atmosphere was welcoming and accepting. Because most conventions focusing on fandom surrounding things like comic books and games are male-dominated, it can occasionally be intimidating for women and girls to attend. I myself have been harassed at conventions in the past for no other reason than attending while female. Here, people were welcomed to celebrate their interest in geekery (stuff related to science, media, and the arts) regardless of age, gender, sexual orientation, or ethnicity. Everyone was encouraged to participate as much as they felt comfortable; to cosplay, sit in on a panel, or simply hang out and take in the con.

Panels at GeekGirlCon covered serious issues including harassment online and lack of diversity in pop culture, as well as fun topics like discussing a favorite sci-fi TV show, geeky crafts, and tips on costume-making. I regret that I was unable to wrest myself away from my table to attend any of the panels, but if I return next year I will definitely try!


And now...more profile sketches, this time from GeekGirlCon! 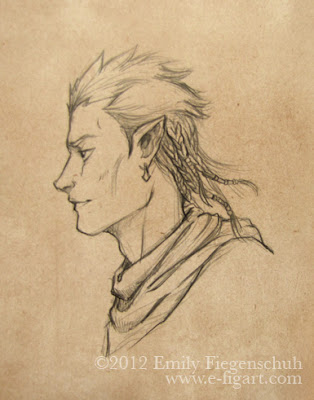 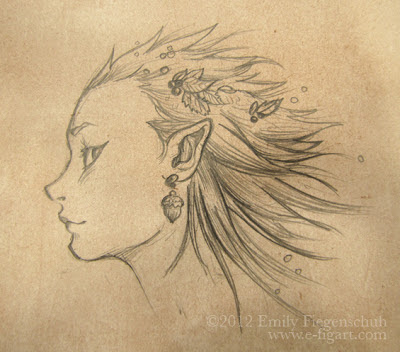 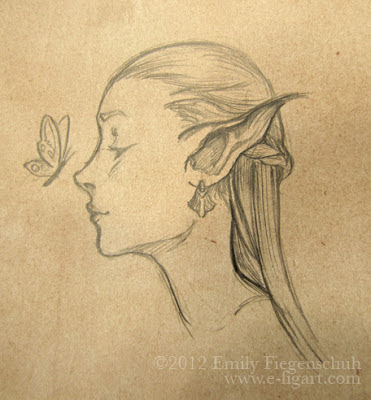 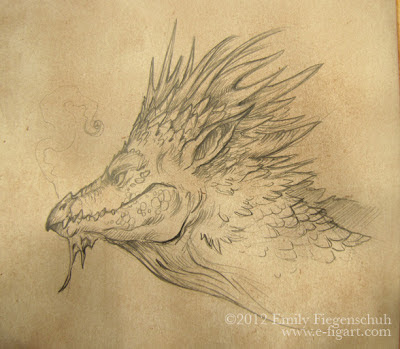 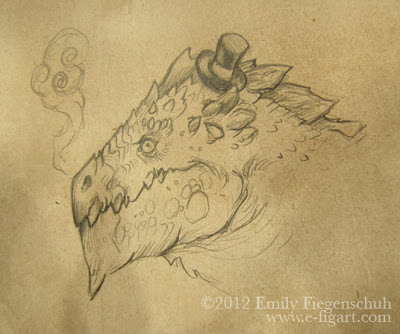 Posted by Emily Fiegenschuh at 12:00 PM No comments:

The holidays are fast approaching! Looking for cute greeting cards to send the family? I've got your answer... 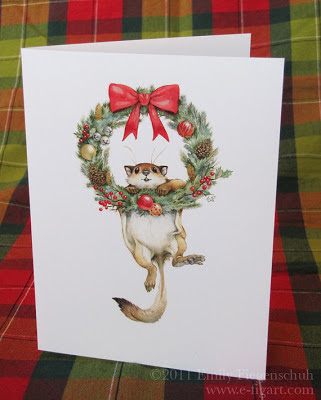 These holiday greeting cards featuring a Pancake Glider from The Explorer's Guide to Drawing Fantasy Creatures are available as single cards or packs of ten or twenty at my Etsy shop, Fabled Earth Art. And, if you don't mind waiting 'till almost the last minute, they'll be on sale for 20% off starting Friday, November 23rd through Monday November 26th!

If you're looking to do some easy online holiday shopping, I also offer prints, blank note cards, sketchbooks, and original art at Fabled Earth Art, and signed copies of The Explorer's Guide to Drawing Fantasy Creatures and my volume three sketchbook Journey are available to purchase through my website.

Posted by Emily Fiegenschuh at 2:06 AM No comments:

Postcard Illustration from the Suffragist Era

Today is Election Day in the United States. Yesterday, I came across an opportune article about the Suffragist movement in the late 19th and early 20th centuries and the illustrated postcards that argued for and against women obtaining the right to vote. It's interesting (depressing) to note that some of the arguments haven't changed much over the past hundred years when it comes to gender roles and issues that affect women.


Rose O'Neill, the illustrator famous for creating the Kewpies, was active in women's fight to win the vote.

For more about the postcards, check out the Palczewski Suffrage Postcard Archive.

If you live in the United States and haven't already, don't forget to go out today and exercise your right to vote!

Posted by Emily Fiegenschuh at 2:41 PM No comments:

An Award Nomination for The Shadows that Rush Past 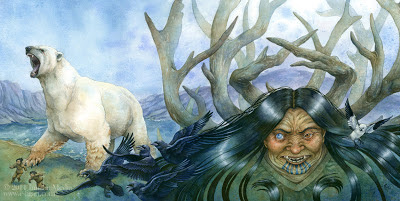 The Shadows that Rush Past has been nominated for a 2013 Forest of Reading® Silver Birch Non-Fiction Award by the Ontario Library Association! In connection with the book's nomination, the author, Rachel A. Qitsualik, fellow illustrator, Larry MacDougall, and I have also been nominated.

"The Forest of Reading® is Canada's largest recreational reading program! This initiative of the Ontario Library Association (OLA) offers eight reading programs to encourage a love of reading in people of all ages. The Forest® helps celebrate Canadian books, publishers, authors and illustrators. More than 250,000 readers participate annually from their School and/or Public Library. All Ontarians/Canadians are invited to participate via their local public library, school library, or individually."

The award ceremony will be held at the Festival of Trees™ in Toronto, Ontario on May 15th and 16th, 2013.

Posted by Emily Fiegenschuh at 10:48 AM 2 comments: