Take a Break and Relax!

A brief interview with me has been posted on the Fantasy Artists of Etsy blog. Interviews are posted each Monday, and an archive of interviews is available here. Check out the blog to discover some of the talented fantasy artists that sell their wares on Etsy!
Posted by Emily Fiegenschuh at 8:41 PM No comments:

One of These Things is Not Like the Others 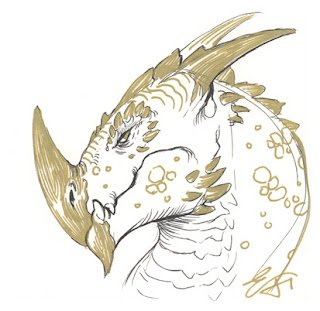 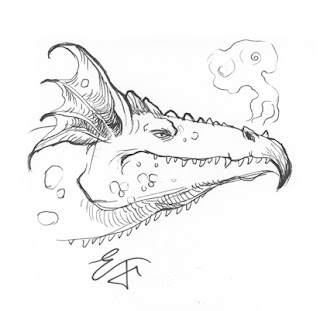 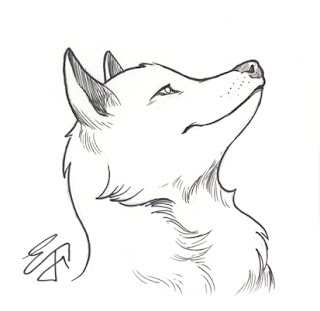 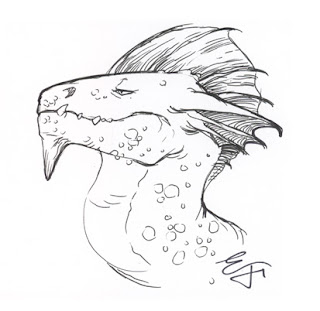 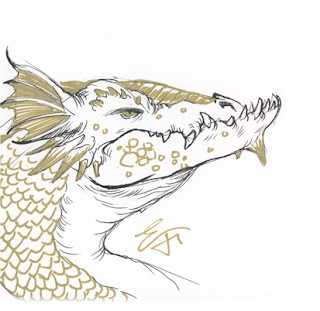 Last month my friend, author Susan J. Morris, and I visited a local elementary school to talk to students about writing and art and, most importantly, dragons. After our presentation, I was cornered by clever kids that (quite easily) convinced me to doodle some dragons for them to take home. Time ran short and I finished up some of the drawings at home. These are some of my favorites from the group. One student was a bigger fan of foxes than of dragons.
Posted by Emily Fiegenschuh at 11:30 PM 1 comment:

My apologies for the long hiatus!

I mentioned in my previous post that the Animal Archive cover painting was one of the most complex I have ever done. I read over the art order for the job, thinking, "This is going to be awesome!...This is going to be hard!" I would need to tackle a high level of detail, rendering dozens of creatures in the scene, and still make the illustration readable.

Balancing out the composition began at the thumbnail stage. I did numerous thumbnails for the illustration. I narrowed them down to the five I felt were the most successful.

Often, when working with a complex scene, I will draw important characters separately, so that I can put as much detail into them as I would like, and then I'll collage them together in Photoshop later. I used this technique (if you can call it a technique) for Animal Archive, as well as for the cover to my book.


After drawing all of the animals either in my sketchbook or on tracing paper, I grouped like animals on their own layers in Photoshop. The rough drawings below show how I experimented with those layers before settling on a final composition. I had to make sure there would be room at the top and bottom for text without the image being so busy as to make it indecipherable.

I don't usually have progress shots of my paintings, since they are mounted to a board as I work, making them very difficult to scan, but in this case I took a couple digital photos along the way. 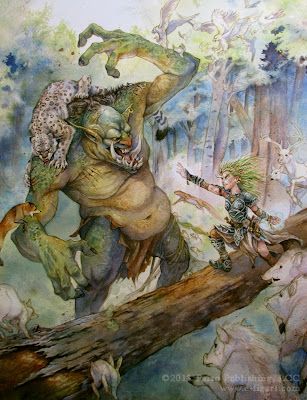 I was asked to change Lini's magic to fire magic, which I painted in Photoshop to complete the cover image.


During the course of working on the illustration, I feel as though I lost some of the forward momentum of all of the animals and the compositional punch of the lines converging on the troll's face, both more apparent in the thumbnail. (James Gurney coined a great term for this compositional device: spokewheeling.) I was happy with what I was able to accomplish with this painting, though there is certainly room for improvement next time.